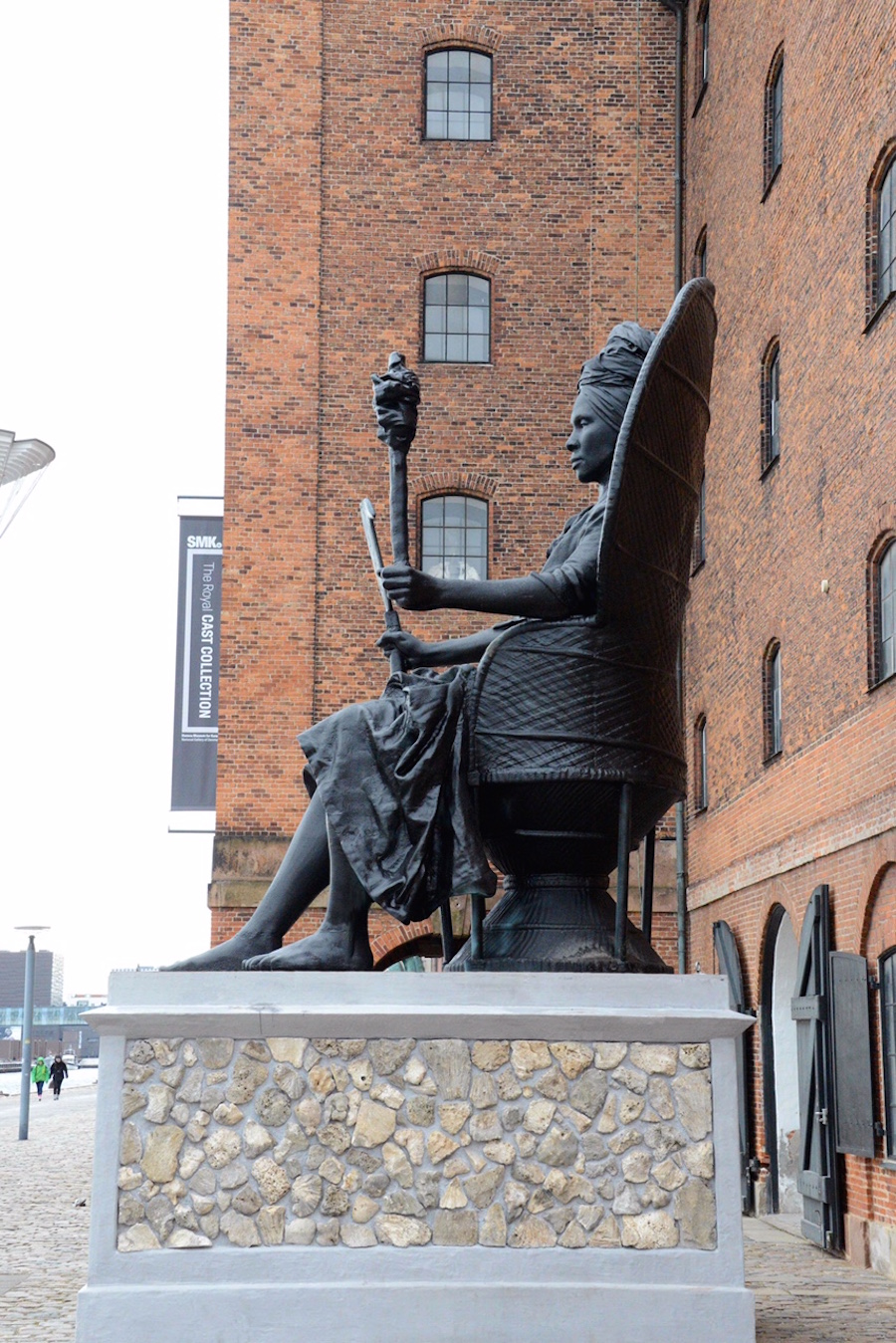 Danish artist, Jeannette Ehlers and Virgin Islands artist, La Vaughn Belle collaborated to create a monumental public sculpture entitled I AM QUEEN MARY which made history on March 31, 2018. The first collaborative sculpture at the Danish West Indian Warehouse in Copenhagen memorialized Denmark’s colonial impact in the Caribbean and those who fought against it. In three weeks, Issa PR generated over 1 billion impressions from BBC World, New York Times, TIME Magazine, International Herald Tribune, The Huffington Post, Quartz, Slate, Refinery 29 and many others. It was also the most trending news story on Twitter in the world and was highlighted by Twitter Moments for the powerful narrative.

On the end of the centennial year commemorating the 100th anniversary of Denmark’s sale of the Virgin Islands to the United States in March 1917, this public sculpture highlighted Denmark’s role in slavery and commemoration of its colonial past. “It takes a statue like this to make forgetting less easy. It takes a monument like this to fight against the silence, neglect, repression, and hatred,” says Henrik Holm, Senior Research Curator at the National Gallery of Art, “Never before has a sculpture like this been erected on Danish soil. Now, Denmark is offered a sculpture that addresses the past. But it is also an artwork for the future.”

“I Am Queen Mary” tells a hidden and incredibly important story about how the enslaved and colonial subjects resisted Danish colonialism. Even today, human rights activists like Queen Mary are the ones who take tremendous risks to bring change that benefits people living under oppression and poverty throughout the globe. We know that from our work to support them.” Tim Whyte, Secretary General, ActionAid Denmark. Ehlers said, “What’s unique about this sculpture is not only its size and thematics but that it was not commissioned. It is we, two artists, who are pushing into the public space”. The project represents a “bridge between the two countries”, Belle explains, “It’s a hybrid of our bodies, nations and narratives. It extends the conversation beyond the centennial year and gets people to really question what is their relationship to this history”.

The figure representing the rebel queen Mary Thomas is a hybrid of the two artists’ bodies created using 3D scanning technology. She emerged as the most popular leader or “Queen” of the ‘Fireburn’, the largest labour revolt in Danish colonial history. The torch and cane bill in each hand reference the resistance strategies used by the colonized in their struggles for freedom. The seated pose recalls the iconic 1967 photograph of Huey P. Newton, founder of the Black Panther Party. The plinth incorporates coral cut from the ocean by enslaved Africans gathered from ruins of the foundations of historic buildings on St. Croix.

A site-specific intervention, I Am Queen Mary occupies the waterfront by Copenhagen’s West Indian Warehouse that stored sugar, rum and other goods produced in Denmark’s former Caribbean colonies. It currently houses the Royal Cast Collection of over 2,000 white plaster casts of sculptures.